Fear and confusion have caused immigrants to disenroll from government programs or forgo benefits for which they are eligible.

According to a December 2018 nationwide survey, about one in seven adults in immigrant families did not participate in a government program for fear of risking future green card status.1

What is causing this?

“Public Charge,” an inadmissibility test, has been part of federal immigration law for over a hundred years. The test was intended to identify aliens who, in the future, are likely to depend on the United States government as their main source of support.

But a much more restrictive public charge regulation was proposed and posted in the Federal Register on October 10, 2018 and finalized on August 14, 2019. The day before it was scheduled to go into effect on October 15, 2019, federal judges issued nationwide injunctions blocking the regulation from taking effect for the foreseeable future.

What changes with the new regulation?

Who does public charge apply to?

Public charge does not apply to individuals who are already LPRs, even when they renew their documentation, unless they leave the country for more than 180 consecutive days. Their documentation is being renewed, not their legal permanent status.

There are other exempt categories, too:

Individuals who have or are seeking status in these categories can and should continue receiving benefits consistent with state law.

What benefits are included/not included in public charge?

Here is a handy chart from Protecting Immigrant Families that details this well. 2 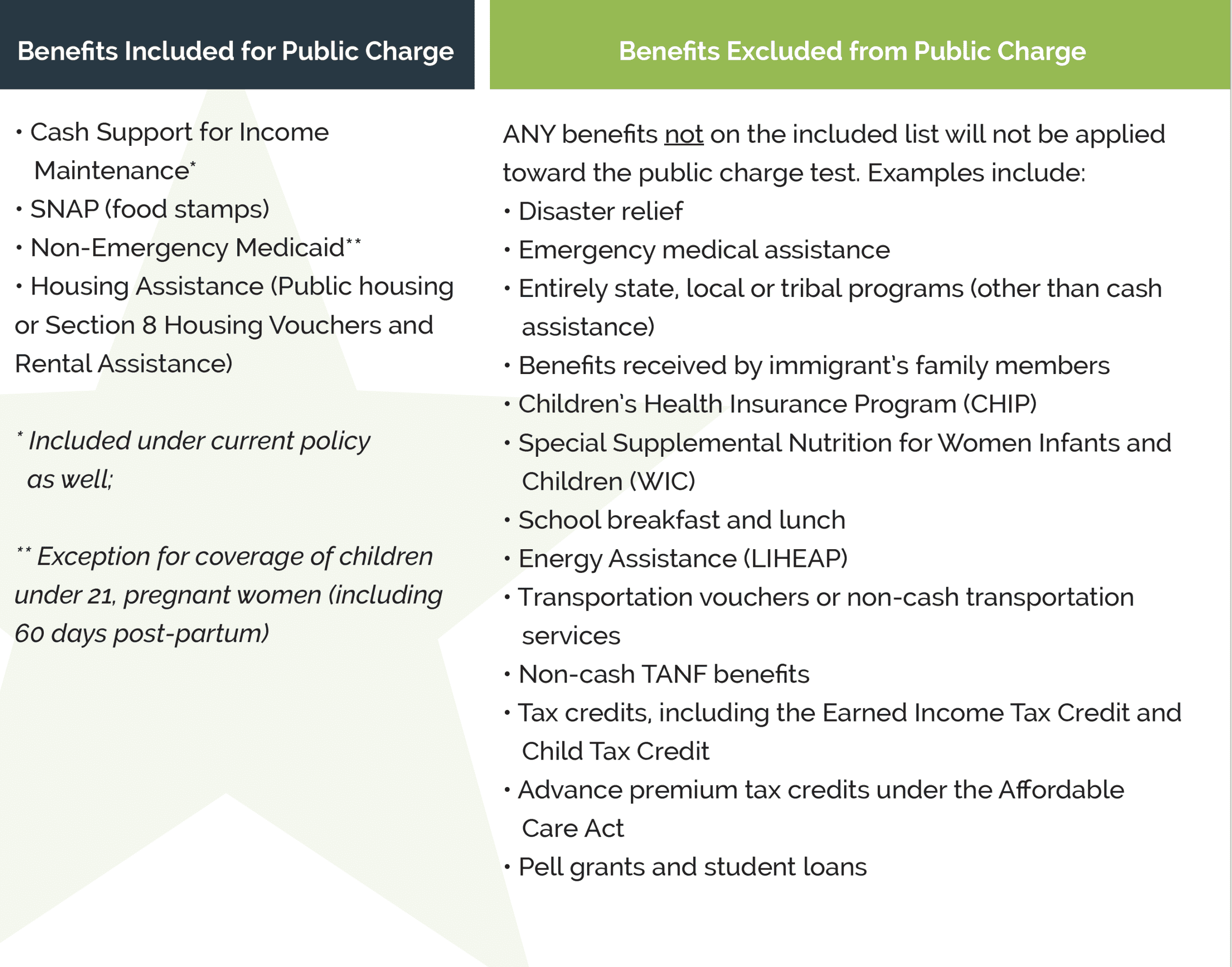 Below is a side-by-side, “before and after” comparison of the regulations from the Kaiser Family Foundation.3 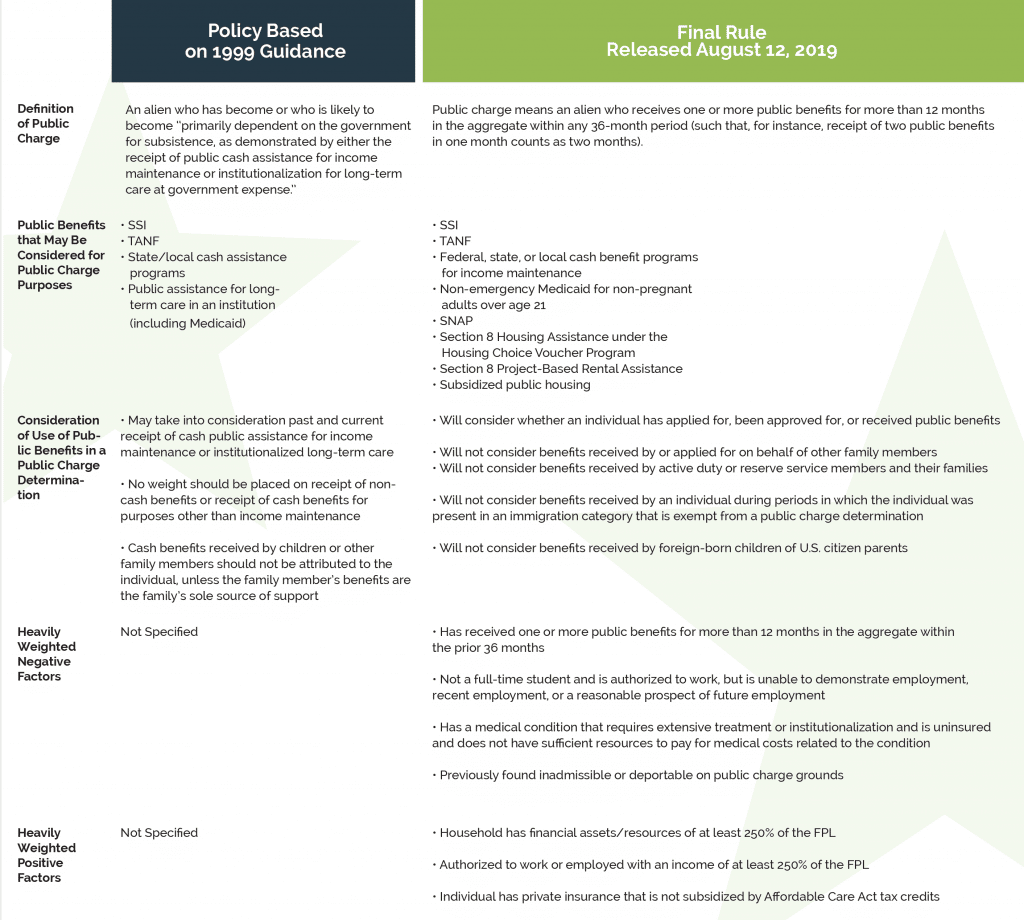 Ultimately, anyone with concerns, questions, or reservations should seek the advice of an attorney.4